Hello there, Romantics!  I sat down with Miss Marisa Perry and heard a story that I surprisingly hadn’t been told before.  I thought it was cute & funny, so I hope you do too.  Enjoy a little Wednesday bonus post!  Presenting… the story of Douglas & Marisa‘s first date, by Marisa! – Alexandria

People often ask how Douglas and I met. It was actually a pretty funny first date and worth sharing. 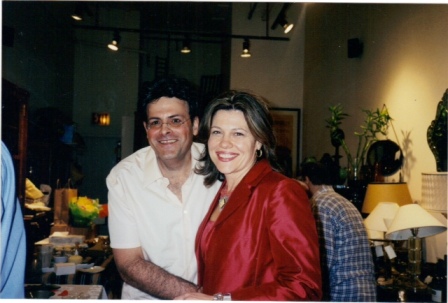 Douglas and I met in 2001 at a restaurant on the Upper East Side called, 212. I was having dinner at the bar and he spotted me. We chatted throughout the evening and he contacted me the next day. Before you know it, he was asking me over to his apartment with the phrase, “I live in the building where San Domenico is, (now Merea). We will go downstairs for drinks, but come over first because I want to give you something.”

I was not sure exactly what he wanted to “give me” but it sounded suspicious!  I decided to throw caution to the wind and go to his house anyway… and there was jewelry everywhere! He kept telling me that he did “fashion jewelry.”  I did not understand that term at the time and thought it was a glamourous way of saying costume jewelry. I thought all of his fun designs were made of unreal product!

Douglas tried necklace after necklace on me, put two rings on my fingers and said, “Here, you can have this, this, and this.”  I was wearing an 8 strand pearl necklace and two silver rings with gemstones which I thought were costume. I thanked him, and we continued chatting. Or I should say, he began grilling me. “Who’s your dad, what’s his name, what does he do? Who’s your mom, what’s her name, what does she do? How do you feel about marriage, how do you feel about children?” He asked about 20 other questions that you’re usually not allowed to ask on a first date. 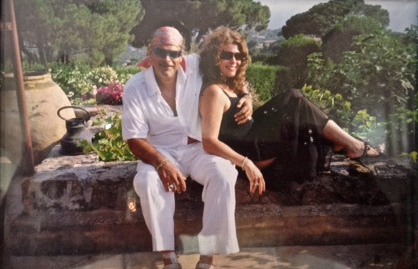 After the interview, we were sitting at one of his jewelry tables and he showed me this gorgeous two strand necklace and said,”Isn’t this beautiful? These are emeralds”.  It was beautiful… but then it hit me, if this was all costume jewelry, then why are there emeralds on the table? So, in front of me there was a pearl necklace. I tooth tested the pearls and looked at him and said, “But these pearls, (pointing to what he gave me) are real!” He said, “Yeah, if it’s a garnet, it’s a garnet, if it’s a ruby, its a ruby. The material is not always precious but it’s real.” I said, “I can’t take this, the only person who has ever given me pearls is my mom, for graduation!” He barked at me, “Look, I really like you, they look really good on you, and I want you to get past it right now.”

I said OK because I did not want to offend him (and I loved the pieces and really wanted to keep them!!) We continued chatting and it finally came time for me to go home, so I grabbed my purse. Then Douglas said, “Listen, this does not obligate you to anything, not even to see me again.” I said, “Good. Because if I was going to go out with you again, I wouldn’t do it for pearls.” He said, “No, you wouldn’t do it for pearls,” and I left. That was it. 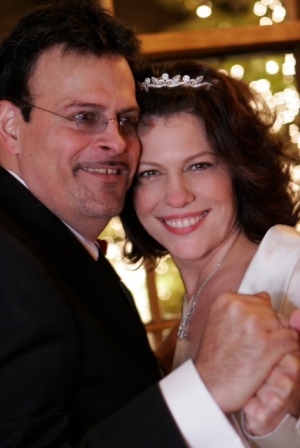 Needless to say, I saw him again, again and again and now we have been together for eleven years and and married for six of those years!
Love, Marisa

2 thoughts on “Once Upon a Time: Marisa & Douglas”

Welcome to our blog!

This chic SoHo spot is the stop for all your diamond desires. Come meet this husband-wife team for what NYMag called "the best micro pave around" {154 Prince Street, NYC, marisaperry.com}